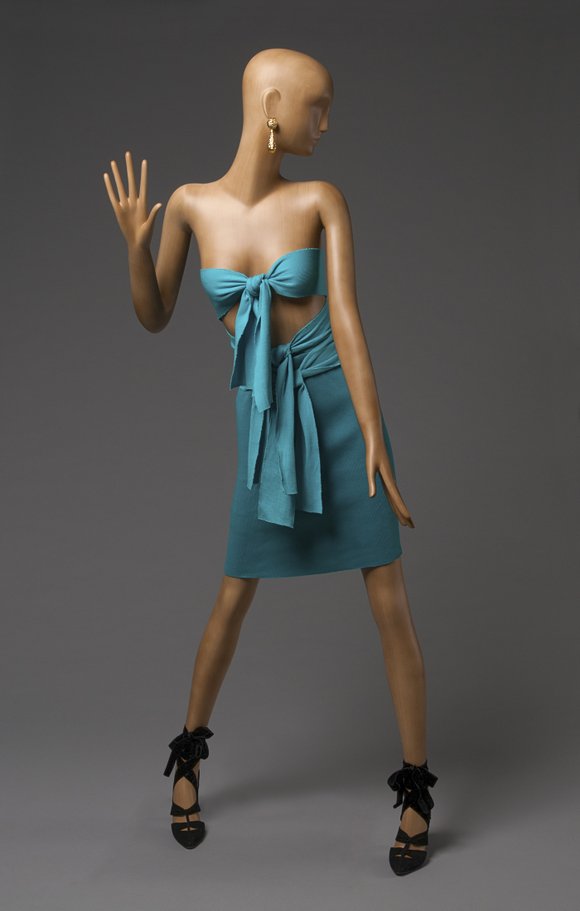 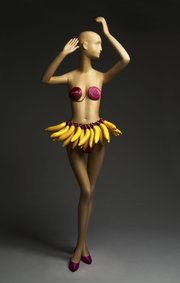 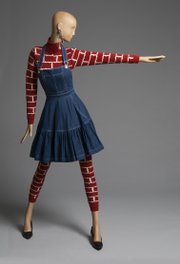 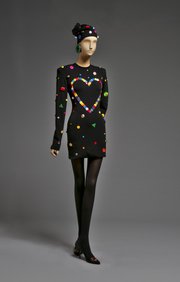 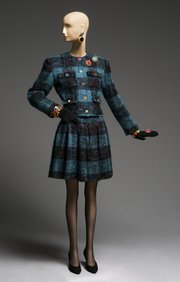 Thinking back to some years in Paris when all editors of the Black press and models visited Patrick Kelly’s apartment brought such sweet memories. Now on view at the Philadelphia Museum of Art until November 2014, Kelly’s designs give folks a great glimpse of this fabulous designer’s styles. He was known for his bright buttons and bows on garments, but I remember his beautiful smile.

The Philadelphia Museum of Art is celebrating fashion this spring in the retrospective “Patrick Kelly: Runway of Love.” The exhibit explores the meteoric rise and remarkable achievements of the 1980s legend. Born and raised in Vicksburg, Miss., Kelly became the first African-American designer to be voted into the Chambre Syndicale du Pret-a-Porter des Couturiers et des Createurs de Mode, the French industry association and standards organization. He passed in 1990, and his headstone reads, “Nothing is Impossible.”

His clothes have been worn by women of every age, from actress Bette Davis, late in her life, to singer Vanessa Williams, then in her 20s. This is the first exhibition to showcase the full scope of Kelly’s head-to-toe runway ensembles. The show will also include memorabilia, video of his exuberant fashion shows and works by renowned photographers Horst P. Horst, Pierre et Gilles and Oliviero Toscani.

Kelly’s bold and bright creations stood out on urban streets, in nightclubs and on fashion runways. He expressed a remarkable talent, exceptional charisma and branding savvy that catapulted him to success. His work had a broad, popular appeal, yet it was also intellectually edgy, challenging racial and cultural boundaries. Kelly’s muses ranged from his Mississippi grandmother, to the American expatriate entertainer Josephine Baker, to the couturiers Madame Gres and Elsa Schiaparelli.

Bastian has drawn inspiration from Kelly’s incredible spirit and love of France in his spring/summer 2014 menswear collection. “What Kelly achieved has continuing resonance today. While many barriers he faced remain, Kelly was always positive. His branding and self-marketing were unique at the time, but now, in an age of fast fashion and brand-driven sales, it is a perfect time to re-examine Kelly’s contribution to fashion history, ” he concluded.

Organized in six sections, the exhibition begins with Kelly’s 1983-1984 collection for Italian experimental design group Studio Invenzione and continues through his 1989-1990 collection. It opens with “Runway of Love,” highlighting the designer’s heart-shaped embellishments to his clothing, often his buttons, which his grandmother replaced with those of many different colors—a look that Kelly later adapted for his fashion designs.

“Fast Fashions” includes designs that Kelly assembled quickly to sell on the streets of Paris after his move there in 1979. He dressed his model friends in body-conscious knits, which they would wear around the city, becoming, in effect, living advertisements of his vision. These dresses quickly caught the attention of Elle magazine. The publication featured Kelly’s fashions in a six-page spread in February 1985, as well as the Paris boutique Victoire.

His first collection was purchased by Bergdorf Goodman, which found Kelly’s designs fun, chic, affordable and Parisian, so the store showcased them in a window display reserved for new designers.

In the exhibition, there is a section for Kelly’s looks, “Mississippi in Paris,” and another area for his “Hot Couture.” In the exhibit’s final section, “Two Loves,” you will find a tribute to Kelly’s loves, America and France, which were also embraced by his muse Baker.

The show’s finale is an allusion to the Casino de Paris music hall, where Baker performed during the 1920s.

This show is certainly worth a trip. For more information, visit www.philamuseum.org.