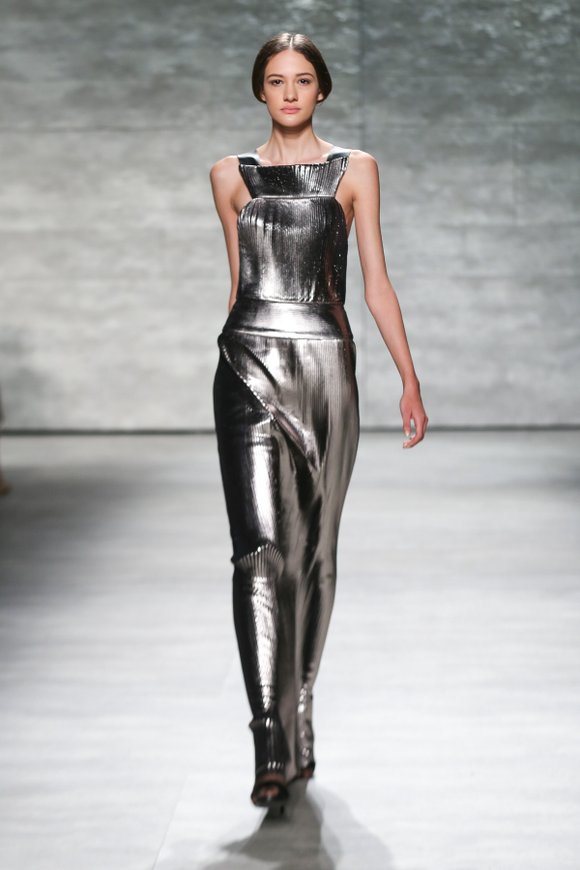 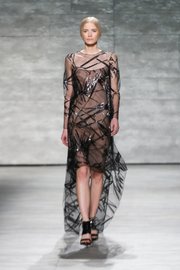 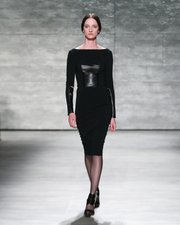 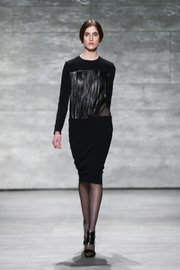 Angel Sanchez designs elegant looks on the line of the body. He began his career in the early 1990s in Caracas, Venezuela. His mother’s work as a designer inspired him to create fashion.

His architectural background provided Sanchez with a sense of structure and form that can be spotted easily throughout his collection.

For fall 2014, he pays special attention to cut, fit and proportion. His clothes fit the woman who wears his shapely pieces better than a glove.

His fashion house rose quickly in Latin America and led him to expand internationally. Today, he has headquarters in New York City. He is also a proud member of the Council of Fashion Designers of America. His celebrity clientele includes everyone from Beyonce and Taylor Swift to Eva Langoria and Sandra Bullock, who had her wedding gown designed by Sanchez.

Although Sanchez has been based in New York since 1997, he has remained loyal to his Latin American roots throughout his career. This is why he has been working as a judge for “Project Runway Mexico.” He has also presented his collections at Mercedes-Benz Fashion Week Mexico since 2010.

The Angel Sanchez collection is available at luxury retailers worldwide. In the U.S., his clothes are available at Bergdorf Goodman, Neiman Marcus and Saks Fifth Avenue.

His spring 2015 bridal collection was inspired by past bridal magazine covers and his childhood memories of his mother’s designs. For brides, Sanchez showed a retro-minded collection. Cuts were bold with a modern flare. Details included intricate lace, beautiful matte floral embroideries and a playful point d’esprit with a vintage air. There are sweet A-lined shapes and sexy mermaid silhouettes.

There are also many architectural details, such as an embroidered panel that came down the front of a column gown. Another gown was enhanced with triangular cutouts shown on the back of a jacquard dress. One of the long skirts of a simple gown could be detached so that the dress doubled as a cocktail dress.