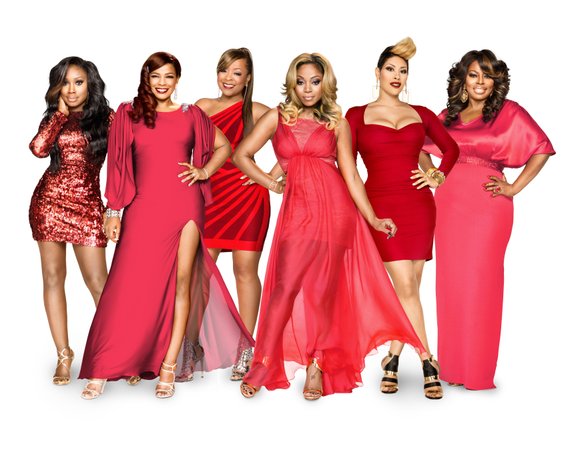 She’s the self-proclaimed “drama queen” with sass and vocal power to boot. But KeKe Wyatt, star of TV One’s hit reality series, “R and B Divas: Atlanta” sounds as if she is ready to tone down the drama, if only a tad bit. On previous seasons, Wyatt’s emotional outbursts have served as both dramatic high points and an area of concern, with at one point some of her fellow cast members urging her to seek therapy. Today the songbird is finding an emotional equilibrium by limiting her wine consumption.

“I am a lot better. I’ve learned to trust God more. And it doesn’t help when you have wine or liquor in your system,” she said. “It's been four weeks since I had wine. I noticed I am not so emotional or as emotional as when I've had some wine. Sometimes we need to do things for ourselves to be able to know ourselves.”

Since Wyatt’s lifestyle change is fairly recent viewers will still get plenty of drama from her as she balances her professional life (working on an EP titled Keke) with her demanding roles as mom, wife and daughter. On the new season, Wyatt’s mother appears on the show and it has her worried about the harsh public criticism that may follow.

“That’s a part of my life I didn’t want everybody to see because people can be judgmental and that’s my mama. My mom is very bullheaded, strong and opinionated and can be real negative with everything. A lot of people don’t like people like that. But she is still a beautiful person.”

Opening up about marital challenges is a major part of Syleena Johnson’s storyline this season as she and her husband, Kiwane Garris enter couples therapy. The experience is also serving as inspiration for Johnson’s forthcoming album, Chapter 6: Couples Therapy.

“My husband and I are in couples therapy which you will see on season three. All of the songs and content are based on what’s going on in a relationship that would call for couples therapy. There was lack of communication—being busy and having kids—and it caused us to really disconnect,” she shared.

Johnson’s relationship with fellow original cast members, Nicci Gilbert and Faith Evans (the latter two are still credited as executive producers on the show) is also complicated. Even with Evans off-screen she is at the center of on-screen issues dealing with the fallout from an apparent Grammy snub over the cast album, “R and B Divas.” Earlier this year, Evans was the only cast member nominated for Best R and B Album at the Grammys, despite it being a compilation including the show’s original stars (Wyatt, Johnson, Gilbert, Monifah) and others.

“It was presented to us a as a compilation CD but not entered into the Grammy Awards as a compilation CD. It was entered as a Faith Evans album,” revealed Johnson. “Faith sits on the Grammy board and she is literate with the rules. It appears to be—I can’t say malicious. It’s possible it went over her head, I doubt it, but I don’t know. It looks selfish and like we were shafted.”

Johnson is pleased with the addition of the show’s two new cast members, Meelah Williams (former 702 lead singer) and LaTavia Roberson (former member of Destiny’s Child). For her it represents an opportunity to return to the first season’s emphasis on sisterhood, especially since last season ended with talks of a joint tour destroyed after Johnson and Gilbert got into a heated argument followed by a blowup between Wyatt and Angie Stone.

“The dynamic with Meelah and LaTavia was good. They were great and are nice girls. It’s good chemistry and it’s not negative. We’re all still friends,” she said. “We didn’t do a tour. We decided to do a show together and it turned out really well. So you never know what the future holds for a tour.”

The new season is currently on-air and the schedule can be found here.