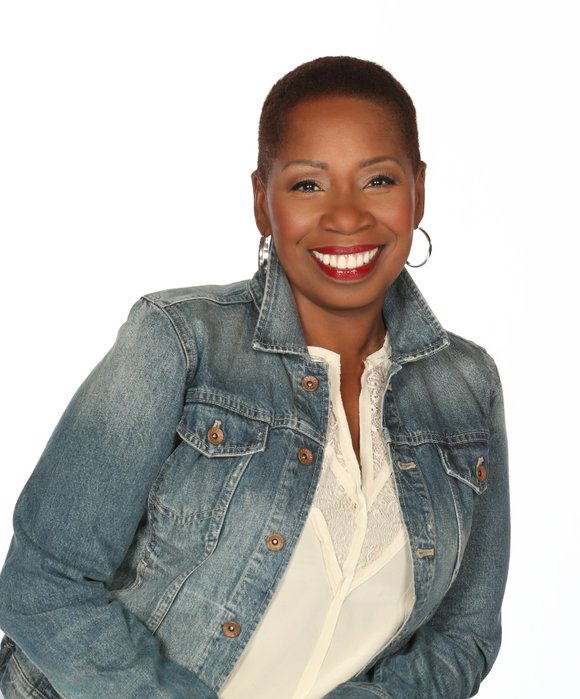 While this time of year calls for giving thanks, spiritual life coach Iyanla Vanzant is focused on forgiveness with her new interactive self-help book FORGIVENESS: 21 Days to Forgive Everyone for Everything. But in her personal life, Vanzant does not feel compelled to forgive anyone outside of herself and that includes rapper DMX. Earlier this year he accused her of exploiting his substance abuse issues on her TV show, Iyanla: Fix My Life after the airing of an explosive confrontation which found him verbally attacking Vanzant.

“I was not hurt by anything he said and I respect his right to his experience,” said Vanzant. “There is nothing for me to forgive. The forgiveness is on his part and not my part. I went in with a clear intention and what I met was unwillingness and resistance. I don’t think he was clear or prepared about what the work would look like.”

Adhering to the advice found in her book, Vanzant is focused on only seeking forgiveness from herself which she believes is the secret to moving forward from any conflict or adversity. “I only have to forgive myself for thoughts about my parents and about myself that supported me in either creating or staying in negative situations or experiences. I have to forgive myself for believing I still have to prove myself. So this book is about getting back our power by forgiving our thoughts, beliefs and judgments we made about people, things and circumstances. Until we forgive ourselves and how we participate in our own difficulty it will be difficult to forgive,” she advised. 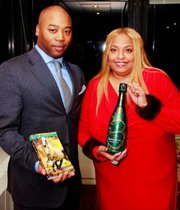 Forgiveness is only but one of the many topics touched on in the new novel by veteran reporter, Flo Anthony. With the release of her book Deadly Stuff Players she weaves together a murder mystery replete with gangsters, drug rings, billionaires, reality TV stars and hungry starlets. While the book promises to offer an insider’s view of Hollywood it also provides some insight into the life of the woman behind the pen. At a book signing held at Melba’s 125 in Harlem, Anthony admitted that the protagonist, Valerie Rollins, a popular but grossly underpaid gossip columnist, is based on her own struggle to maintain a career as a reporter.

“Valerie's lack of financial compensation directly reflects my life. For example, I have never been able to get my own television show because I was blacklisted by major players in the industry for believing that O.J. Simpson and Michael Jackson were innocent during their legal troubles in the 1990s,” she revealed. “I may still not be as financially stable as I would want to be, but I am very proud that I have stood the test of time and am still in the game. I have my novel out which has always been my dream and goal in life.” 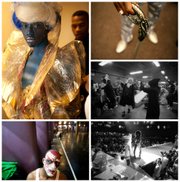 It’s a dream come true for photographer Gerard H. Gaskin to curate the exhibition, Legends at W New York. On view for the month of December are images from Gaskin’s forthcoming award-winning book, Legendary which documents the New York house ballroom scene of LGBT late-night pageants over the past two decades. Over the course of that time this culture has actively entered the mainstream from the popularity of the 1990 documentary “Paris is Burning” to hip-hop recording artist, Azealia Banks’ use of the dance form vogueing in her 2012 video titled, “1991.”