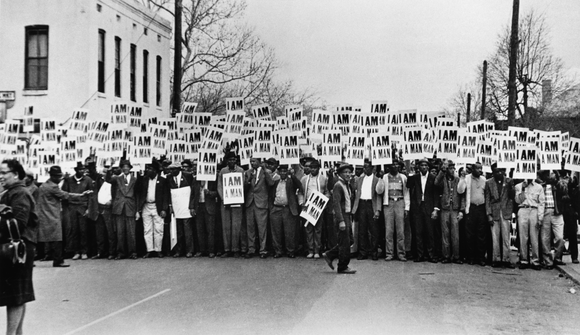 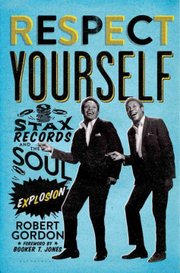 Stax Records was more than a music machine releasing hits by the likes of Otis Redding and The Staple Singers. According to author and music historian, Robert Gordon it was also an example of unity in 1960s segregated South Memphis. In his new book, Respect Yourself: Stax Records and the Soul Explosion Gordon uses the backdrop of the Civil Rights Movement to emphasize Stax’s groundbreaking interracial harmony from the relationship its white founders Jim Stewart and Estelle Axton shared with African-American music executive, Al Bell to the racially mixed studio house band, Booker T. & The MGs.

“The book is very much about race,” says Gordon. “What was going on inside Stax was a transcendent oasis above a society that was largely acting horribly. The issue with race is can we not see it and at Stax they did not see race. So that’s certainly something to look toward.”

The Memphis native read from his book this past Saturday at a signing held at the Stax Museum of American Soul Music. It was a fitting location since Gordon believes that The Soulsville Foundation, which funds and operates the museum, The Soulsville Charter School and Stax Music Academy represents the future promise of Stax. “I think the museum, school and academy is where we are going. This is really about enriching this neighborhood and about kids. Tell me that Jim Stewart, Estelle Axton and Al Bell would not be thrilled about that,” he says.

One of the leaders helping to carry forth the legacy of Stax is Justin Merrick, vocal director/operations director of the Stax Music Academy. And now the Grammy’s are taking notice. Merrick is part of a historical moment this year as one of 217 quarterfinalists for the first-ever Music Educator Award. “The fact this platform exists is exciting because people are taking note and music education is being valued,” says Merrick.

The Grammy’s aren’t the only ones recognizing the work of the Stax Music Academy. Since it’s launch in 2000 the program has served more than 2,500 students and they have performed for the likes of Oprah Winfrey, Bill Clinton and Stevie Wonder. Meanwhile the Academy’s sister organization, The Soulsville Charter School graduated their first class in 2012 with 100% of students accepted to college. Merrick believes that it’s an individualized approach to education that has led to such milestones.

“It’s not just about making students productive citizens and getting them to college. It’s also about them being self-actualized where they can reach individual success that is not based on systematic approaches. That means we have to individualize per student and it takes great energy. But when they see success in that you can hold them to other levels of success in their life,” advises Merrick.

Rosalind Withers is also aiming high with a Kickstarter campaign to preserve the work of her father, legendary news photographer Ernest C. Withers. His coverage of the Emmett Till murder helped ignite the Civil Rights Movement and he was there to document the entire era. Presently his work is stored above two restaurants on Beale Street in Memphis. Last month there was a fire in the area at B.B. Kings Restaurant & Blues Club. Now Ms. Withers, the trustee and CEO of the Withers Collection Museum & Gallery, wants to transport the work to a safer location to begin the digitization process of nearly one million photos and negatives. “There is an urgency to do what needs to be done with his work to move it from where it is jeopardized. We have to do this in a way that it is protected,” says Ms. Withers.