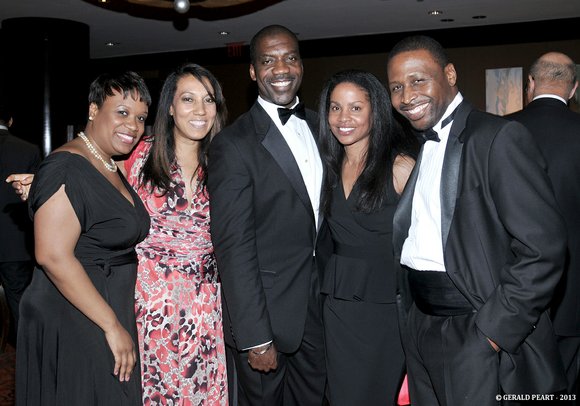 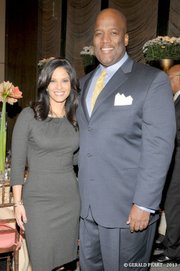 The black-tie affair, founded by the late Kheel, was attended by numerous celebrity guests and friends of the league, including Mayor David Dinkins, models Iman and Liya Kebede, Harriette Cole, Tai Beauchamp, state Sen. Kevin Parker, Chancellor Dennis Walcott and Michaela Angela Davis. NBC 4 New York anchor Shiba Russell and "Today" show contributor Lola Ogunnaike were superb hosts. The event is named for the renowned abolitionist Frederick Douglass, who famously said, "I would unite with anybody to do right and with nobody to do wrong."

The NYULYP received the Ann S. Kheel Award for its decade of community service to New Yorkers in need and the Urban League. The NYULYP donates thousands of volunteer hours, raises money to support scholarships and represents the next generation of cultural and civic leaders.

Hardison was visibly moved by the love and regard bestowed upon her as Kebede presented one of the two Frederick Douglass medallions. Hardison, a documentarian and fashion activist who has forever changed the face of the fashion industry, emphasized that "activism must remain active." As a corporate icon, UPS has used diversity as a strategic tool for the organization's growth. George Brooks, president of the eastern region, received the award on behalf of the Fortune 500 company that has been a long-time champion of the New York Urban League and the Urban League movement.