The facts on immigration and the urgent need for reform 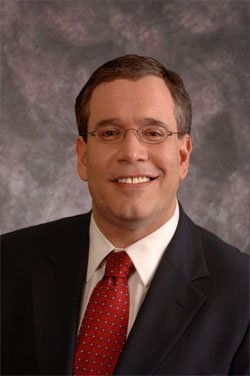 The facts on immigration and the urgent need for reform

This summer, the debate over comprehensive immigration reform (CIR) is taking center stage in Washington. As the readers of Amsterdam News know well, for centuries, New York City has been the gateway to America for millions of immigrants from all corners of the globe. Today, more than 1 in 3 New Yorkers is foreign-born, including nearly one million foreign-born immigrants from the Caribbean and Africa, the latest Census figures show. As a result, it is critical for New Yorkers to have a firm understanding of how CIR stands to affect their lives and our city's tapestry of neighborhoods.

That's why this Saturday, June 29 at 9:30 a.m., I will be hosting a community forum and resource fair on immigration at MIST Harlem, a cultural center located at 46 W. 116th St. Experts will be on hand to answer questions and provide important resources for our immigrant communities. In addition, we'll discuss the reform bill currently being debated in Washington and steps you can take to protect your family and your community from immigration fraud.

The city and state of New York each play a fundamental role in ensuring that the Empire State is a safe, welcoming place for immigrants to put down roots and raise families. That's why I support the New York state Dream Act--which would extend state financial aid opportunities to undocumented immigrants who came to the U.S. as children--and the efforts of the city to protect immigrants from abusive enforcement by the federal government.

However, the fact remains that immigration is first and foremost a national issue that requires Congressional action. The last major immigration overhaul took place in 1986. Nearly 30 years later, our system is broken and in need of urgent repair.

For example, in 1990, the number of employment-based permanent visas was capped at 140,000 per year. This number hasn't changed since, even though the U.S. economy has grown by 66 percent and the competition for global talent has grown sharply.

Instead of educating talented students from around the world and then sending them away to help our competitors, we must open our doors to immigrants who contribute to economic growth.

In addition, we need CIR to encourage undocumented youth to continue their education and to create pathways to permanent residency and citizenship for millions of immigrants who contribute to our economy and way of life. Across the five boroughs, there are more than 600,000 undocumented Americans who pay taxes, contribute to our economy, send their children to public schools and are integral parts of their communities. These New Yorkers deserve a chance to emerge from the shadows and seek a true pathway to citizenship.

Some critics of CIR insist that immigrants drive down wages for other American workers. The truth is that immigrants have always created jobs by consuming goods and services and injecting an entrepreneurial ethos into the American economy. According to the Economic Policy Institute, between 1994-2007, immigration actually had a positive effect on the wages of U.S.-born workers.

Other critics have insisted that immigrants take public benefits and increase the deficit. However, as the U.S. Chamber of Commerce has noted, a number of studies have demonstrated that, on average, immigrants pay more in taxes than they receive in government services and benefits. Just last week, the Congressional Budget Office found that CIR would save $1 trillion over the next 20 years.

And as a last ditch effort to thwart reform, some have even argued that immigration increases crime. Once again, the truth is on our side. Between 1990 and 2009, the number of immigrants in the U.S. nearly doubled from 19.8 million to 38.5 million, while the crime rate declined by over 40 percent. Moreover, crime rates were lowest in states with the highest growth rates of immigration.

All of us, immigrants and native-born New Yorkers alike, should be armed with the facts about immigration to dispel the myths that seek to derail comprehensive reform.

I hope to see you at the forum on Saturday.