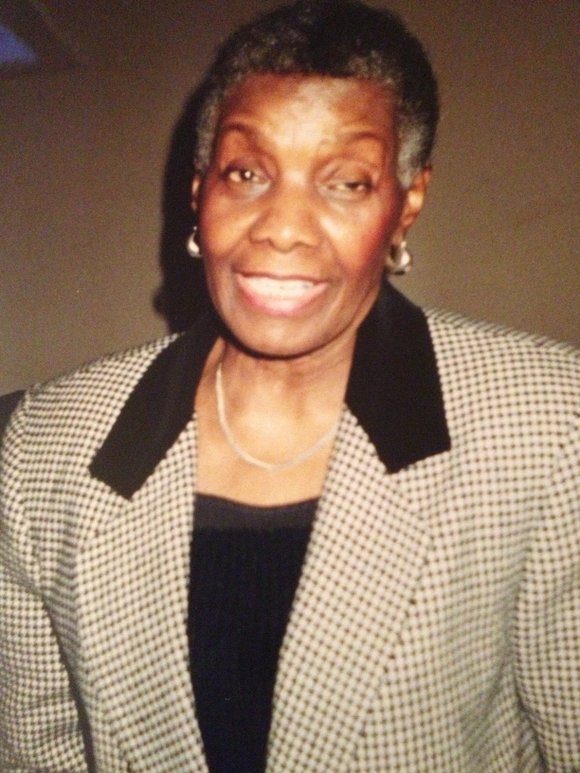 Carline Ray, a multi-instrumentalist known primarily for her bass playing and as an outspoken activist for the increased recognition for women in jazz, died on July 18 at the Isabella House Nursing Home in Manhattan, according to a statement from her publicist. According to Paul Kahn, Ray's son-in-law, the cause of death was a stroke. She was 88.

Until recently, Ray could often be found playing with Jazzberry Jam, the group she co-founded in the 1970s with pianist Bertha Hope and drummer Paula Hampton. Their first vocalist was Pat Spann, but over the years, the vocalists and musicians changed; last year’s group included the core trio plus “Sweet” Sue Terry on saxophone and vocalist Ulysses Slaughter.

“She was a wonderful musician. When I first saw her play, I knew I wanted to work with her at some point,” said Hope. “I am going to miss her. I learned so much from playing with her.” The trio was originally introduced to each other by Cobi Narita, a tireless supporter of jazz. Jazzberry Jam often played in the tristate area and St. Peter’s Church, where Ray was an active member.

She received the Kennedy Center’s Mary Lou Williams Women in Jazz Festival Award in 2005 and the International Women In Jazz Award in 2008. Ray is spotlighted in the documentary film "The Girls in the Band," directed by Judy Chaikin. Ray remarked to author Sally Placksin, “I would rather be taken seriously as a musician, and the fact that I'm female—I just happen to be female, that's all."

Ray was born April 21, 1925, in New York City. Her interest in music came from her father Elisha Ray, who was a musician and a member of James Reese Europe’s band. Ray began singing and studying piano at an early age.

At age 16, she entered the Juilliard School of Music, where she studied composition and learned acoustic bass. While perfecting her jazz skills, Ray became friends with Edna Smith, a fellow student and bass player. After graduating in 1946, Ray and Smith joined the all-female, interracial International Sweethearts of Rhythm, which happened to be one of the hottest female jazz bands on the circuit. Ray sang and played guitar.

In 1948, after the Sweethearts disbanded, Ray joined Erskine Hawkins and His Orchestra as a singer and also played guitar between vocal numbers. Following the Hawkins stint, Ray and Smith formed a trio with fellow Sweetheart Pauline Braddy playing New York clubs. One club was managed by pianist, arranger and big band leader Luis Russell, who Ray married in 1956.

She continued to study, gaining a master's degree in voice in 1956. Throughout the next two decades, Ray worked constantly, singing and playing all the instruments in which she was proficient in a wide variety of musical settings. Ray also played in a Latin band led by pianist Frank Anderson.

In 1981, she was awarded a grant to study the acoustic bass under the tutelage of Major Holley. She comfortably adapted to the differing demands of jazz, popular music, classics and choral works. As a choral singer, she worked with Leonard Bernstein and Schola Cantorum.

“I knew Carline for over 35 years. She was a great musician and a terrific singer, which many people didn’t know,” stated Hampton. “She was lovely. We loved her and will certainly miss her.”

Ray is survived by her daughter, Catherine Russell; her sister, Irma Sloan; and her nieces, nephews and cousins.