Actress Mo'Nique On Being Out of the Spotlight 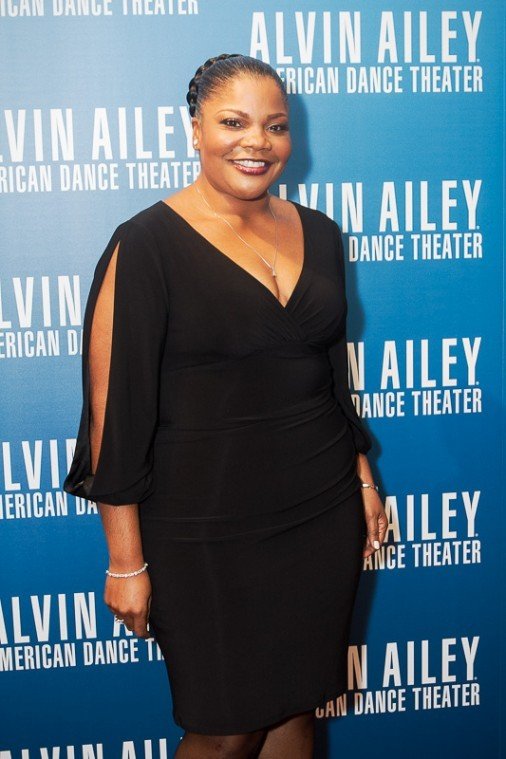 So what do you do after winning an Academy Award and having the entertainment industry fawning over your next move? If you're actress/comedian, Mo'Nique you count your blessings and take a break from it all to enjoy life. Recently we ran into the actress who has been conspicuously absent from the big screen since her Oscar win for her role in, Precious. She revealed what she's been up to and was decidedly vague when asked about any plans to jump back on the big screen.

"I have truly been enjoying life and that's what's going on," she says. "It's been enjoyable to have a period where I can watch my babies go off to school, make the field trips and that's priceless. While I'm in the moment I will stay in it."

Visual artist, Daniel Hauben is relishing his moment in the spotlight. Hauben was recently the recipient of the largest commission in the Bronx since the 1930's for a series of paintings at the Bronx Community College's new library. For him the achievement heralds a new day as the Bronx seeks to further advance its cultural life and prove the economic power of the arts. "I'm hoping that this is the beginning of a new era in the Bronx so that a more sustainable possibility can be established," he says. "I think it's great these organizations like the Bronx Chamber of Commerce are dipping their toes in the cultural waters. There has to be key people in that business world who realize art is to their benefit for real estate and the potential of luring people into different areas."

The Bronx isn't the only locale seeking to make its presence known on the global cultural market. You can add to the list, Brazil. The country's cultural contributions was recognized this past week at CELEBRATE BRAZIL, a music, film and fine art experience presented by ImageNation, Afrobeat and the Film Society of Lincoln Center. The event included music created by Brazilian scholar and popular musician Beatriz Azevedo, a film screening of 5x Favela, Now by Ourselves, and a two-man exhibition of artworks created by Brazilian artist Andre Cypriano and U.S. artist Cannon Hersey. The exhibition will soon travel from Lincoln Center to Imagenation's RAW SPACE.

While RAW SPACE may not be one of the destinations on the new ArtCrawl Harlem tour, there is plenty of other hot venues to check out when the trolley makes its rounds this weekend on Dec. 15th. ArtCrawl Harlem and Taste Harlem Food and Cultural Tours will introduce art lovers and novices to artists in select Harlem establishments and public spaces. Stops along the tour include the Studio Museum in Harlem, Arts Horizon LeRoy Neiman Center, Harlem Wine Gallery and Art in Flux Harlem. Guests will enjoy food and wine pairings at each venue, artist meet and greets, introduction to exhibits and a chance to simply enjoy or shop for art. For founder, Jacqueline Orange the tour plays a significant role in engaging the community with Harlem's new businesses. "Harlem is changing with many new restaurants and galleries. This is something we haven't had for many years so with that comes new experiences. This tour is for the community to embrace its new Harlem," she says. For more information and tickets click here.

And there you have it from the simple joys of life that matter most to Mo'Nique to the matters of sustaining arts and culture.

The Harlem Arts Alliance is a not for profit arts service organization celebrating 10 years of service to a prestigious list of members such as the Apollo Theater, the Greater Harlem Chamber of Commerce, Columbia University, Harlem Stage (Aaron Davis Hall) and over 850 more cultural/arts institutions and individuals. The weekly column, Harlem Arts Alliance Presents: On the "A" w/Souleo, covers the intersection of the arts, culture and entertainment scene in Harlem and beyond and is written by Souleo, founder and president of event/media content production company, Souleo Enterprises, LLC.