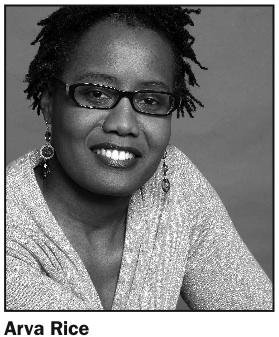 New York Urban League President and CEO Arva Rice was appointed to her position in April and has plans to bring the New York Urban League's focus toward education and employment as the local affiliate of the national organization turns 90 years old.

Rice's background in nonprofit organizations, serving as everything from mentor to executive director, qualifies her to be considered one of the city's most powerful women.

Some of her honors include receiving the Women's History Month Award from City Comptroller Bill Thompson, the Community/Civic Award from NV magazine and being named one of the Network Journal's "Forty Under 40"in 2005.

Hailing from Milwaukee, Wis., Rice is the third of four siblings and the oldest girl in the family. She said her parents provided enough resources for her and her siblings, which paved the way for her to attend Northwestern University in Chicago majoring in social policy.

She came to New York in 1990 to work as a New York City Urban Fellow in the office of former political leader Ruth Messinger.

"While I was an Urban Fellow, I learned a lot about New York City government and I fell in love with the city," she said. While working during her first few years in New York, she was a colleague with several Black New Yorkers who would also make social impacts to their communities. They included columnist Errol Lewis, Sen. Kevin Parker and political activist Kevin Powell.

Since her arrival to New York, Rice has served over 15 years in the nonprofit sector, particularly in economic empowerment.

"At Public Allies, we placed young people in apprenticeships in nonprofit organizations," she said. "There,I learned about special events and fundraising. At Project Enterprise, I learned not only about community impact but also how to measure that impact and communicate those successes to stakeholders." Now that Rice has been named CEO and president of one of the nation's largest affiliates of the National Urban League, she has set goals that will make the affiliate stronger.

While serving her tenure, Rice said she plans to celebrate the New York Urban League's 90th anniversary and inform locals about the impacts the organization has made, as well as the services it offers and diversify fundraising.

She also wants to strengthen the office's infrastructure and work on making improvements to the local affiliate's Harlem building on 135th Street. What's most important to Rice is focusing on education and employment opportunities for people of all ages.

"I have been blessed and I want to provide that to members of the community," she said. "My parents used to always tell me, 'To whom much is given, much is required.'"

The New York Urban League is gearing up for the annual 38th Urban League Classic, set for Saturday, September 19 at Giants Stadium. Winston-Salem State University and Morgan State University are playing in the game this year. The event raises funds for the Urban League to give scholarships to local deserving students. This year's game will be Rice's first as CEO.

She said, "I'm very excited about the football classic. I want people to know that it's more than just a game, it also provides critical dollars for students. Over the last 38 years, we've given out over $20 million in scholarships to young people of color."

At the end of the day, Rice said that her years working in nonprofits have not been in vain and that she gets a great feeling when giving back to others. "It's heartwarming," she said. "It's wonderful to have a person with success call you thanking you. It's gratifying to know you are making a difference."